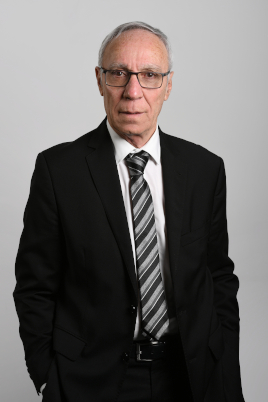 Jean-Yves Frouin joined the Advisory Board of FIDERE AVOCATS in January 2021.

Jean-Yves Frouin is an honorary magistrate. He entered the Ecole nationale de la magistrature in 1982. He began his career as a district judge (juge d’instance) before holding the position of President of a Tribunal de grande instance.

In 1993, he joined the Supreme Court for the first time, where he worked during 10 years as an auxiliary judge (conseiller référendaire) in the court’s Employment Section. During part of this period he was also a member of the Jurisdiction Court (tribunal des confilts).

Focusing his activity on employment law, he taught employment law as an associate professor at the University of Tours, from 1999 to 2014. The author of many publications on employment law, in 2009, he defended a doctoral thesis in French, titled « Une construction prétorienne du droit du travail : entre protection du salarié et intérêt de l’entreprise ».

He has been a member ot the jury of the competition known as concours d’agrégation de droit privé et de sciences criminelles on two occasions (2012-213 and 2018-2019).

The Prime Minister gave him an assignment to work with a group of experts to make proposals concerning workers on digital platforms in terms of status, employer-employee dialogue and employee compensation. He submitted his report on this subject in December 2020.